It will be 58 years since they murder Jack Kennedy, his wife Jackie was with him on the fateful day, a day that didn’t have to be, but was. Jack and Jackie had been married 10 years earlier. He had been the young 36 year old Senator from Massachusetts and her a 24 year old beauty from Southampton, N.Y. They had two young children John Jr. and Caroline. Another son had been born to the Kennedy’s, Patrick Bouvier Kennedy, born August 7, 1963 died August 9, 1963. The baby boy had been premature and died of hyaline membrane disease after desperate attempt to save him failed, he lived just over 39 hours. Listen to Jackie’s first statement she gave after the killing of her husband, Jack. Hear how she accompanied him into the emergency room as the anesthesiologist known as Pepper describes Jack’s death in the emergency room and Jackie’s last goodbye.  — This episode is sponsored by · Anchor: The easiest way to make a podcast. https://anchor.fm/app — Send in a voice message: https://anchor.fm/david-gregory286/message Support this podcast: https://anchor.fm/david-gregory286/support

The murder of Jack Kennedy remains one of the most examined case in history yet remains officially unsolved acknowledging the blatant fraudulent and accomplice laden Warren Commission!  You see, the House Select Committee on Assassinations in 1978 reopened the case and concluded because of the audio evidence available at that time, that Jack Kennedy had been killed as a result of a conspiracy, at which point it quickly ended and closed the proceedings. There were 4 audio recordings made during the shooting in Dealey Plaza and by using scientific analysis of the tapes it was determined that 4 to 5 shots came from different directions in the Plaza excluding the two shots that were fired almost simultaneously fired blowing off the bottom back of Jack’s skull.

While FDR’s failure to go after the Liberty League (big business and banks) who tried to topple his Presidency (see THE EXPERIMENT Episode 4 Major General Smedley Butler and the plot to overthrow FDR) led to a smorgasbord of accomplices who conspired to murder Jack Kennedy and DID murder Jack Kennedy while all the men who occupied  the White House after that act had failed to reopen the case and continued to let the infection take over the whole body Republic who could be considered accessories after the fact. Their acquiesces acceptance of the fraudulent Warren Commission ultimately led to 911 and should this horrendous act that took untold thousands of lives, counting not just those in the towers, but all the responders who came on that day and afterwards who became gravely ill and died because of the deadly contaminants used in the buildings construction and in its demolition. Should the fraudulent 911 government findings of George W. Bush be allowed to stand what unspeakable 3rd act should follow?

The introduction into EPISODE 5, The Killing of Jack Kennedy, you’ll hear Jackie’s statement she gave a week after cradling her slain husband in her lap in Dallas,  summoning a trusted journalist friend,Theodore H. White, of Life magazine, to her home in Hyannisport, Mass and she gave her account of what happened in Dallas 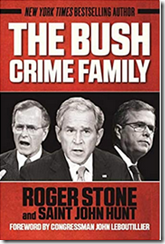 Mar 21 2021Edit Jackie’s Statement a week after the murder

Research the news, discover the truth for yourself. There is not much of it in the National Media, you have to delve into the realm of blogs and out of the way sites to discern the truth. View all posts by JJ